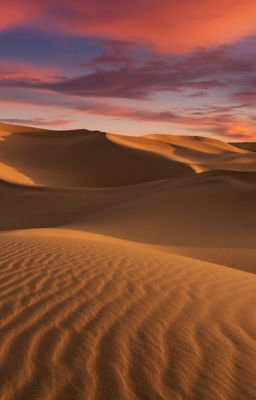 The end of time

121,232 likes / 6,108,291 reads
Favourite Read Stories
Me and you both can't argue that the end of time is very close. So close that we can both feel it yet we both try to deny it, trying to make ourselves believe that we have enough time to fix our sins and repent but the truth is we don't know how long we have. So when will we begin to fix ourselves?
Tags: #brocken #broken #darkness #dayofjudgement #death #hearts #islam #life #mistakes #muslim #muslims #repent #repenting #sin #sins #teens #wattpad
Latest chapter
List of chapter
May be you like? 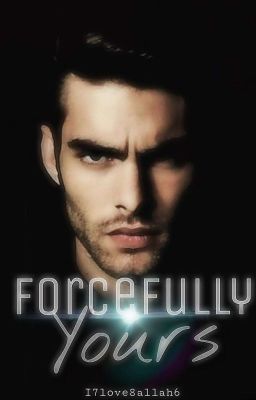 "Why don't you leave me?" I shouted, trying to mask away the fear that filled inside of me this time. "Oh Darling I wish I could." He smirked, almost leaning onto me. I could still feel the authority in his husky arrogant voice. "Don't you fear Allah?" I questioned him and soon began to realise that my hijab was falling loose. This can't be happening, atleast not in front of him. I cried within the walls of my heart. He didn't deserve my love. "Don't teach me about Islam. Mind your own fucking business." He spat back. He surely had anger issues but unlike everybody else I always stood up to him. I didn't want to give him the satisfaction that he derived from dominating everyone, but today I felt weak, weaker than ever before. "My business? Well guess what mister you are my business. Remember you were the one who married me forcefully?" I tried pushing him back but all my efforts were in vain. "You know that I can do a lot of things forcefully but I don't. So be thankful bitch." He Snapped, hitting my heart exactly where it was weak. Tears soon filled my vision but I held them back. "Why? Aren't those girls enough to satisfy you?" I pointed back to his girlfriend who stood behind him half naked. "Enough!" He shouted, his grip tightened around my arms and I knew that I had pushed him off limits by now but guess what? He deserved it. *** She was not your typical girl because she knew the hard reality of life. She was a hard core feminist. In one moment she could spit fire but at the same time she could cry her heart out like a baby. Meet Syeda Anaabiya Ahmed, married to the man with the darkest soul to have walked on earth, Syed Humza Junaid. He was forced to marry her, after the love of his life Hazel betrayed him. He hated Anaabiya to his guts, for she was the only one not scared of him. But Allah chooses who he gives Hidaaya. What do you think? What will change Syed Humza Junaid? Join Anaabiya in her journey of ruin or maybe love. ❤️ 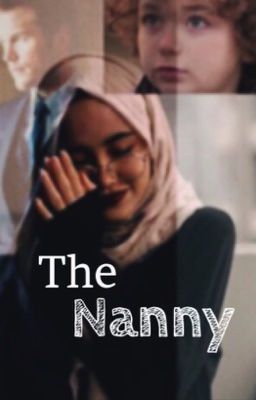 "You are fired," he said, as my heart broke into tiny pieces. "No please sir, don't separate me from Imad. I beg of you," I pleaded in agony. What sins have I committed to deserve this? How can I stay without seeing the child I have been raising like my own for three years. Why is he doing this to me? ••• Layla put her whole life on hold to take care of a young boy named Imad. She has been taking care of him since he was a three years old. They share an unbreakable bond, he counts on her and she has made him her world. Ahmed Damari a tactless, cold hearted business man who has no time to waste and no space for affection. The uncle of the boy. He wants nothing to do with her but he just can't seem to stop thinking about her. What happens when two different worlds collide and when unwanted feelings thrive? Written By: Naila Ali [ Highest Ranked #1 in spiritual.✨] hi 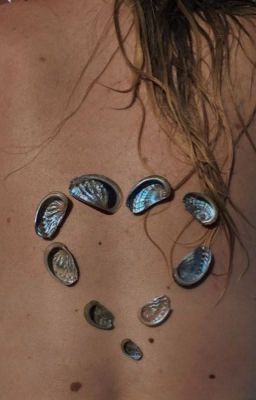 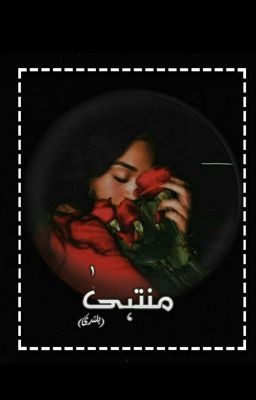 Completed on May 29, 2020. ~ "Ap...." (You....) Muntaha couldn't utter anything else as Faris 'shh'ed her. He grabbed her by her shoulders and turned her around. Their eyes met in the mirror and they stood staring into each others eyes for what felt like eternity. Muntaha couldn't handle the heat of his gaze anymore and looked down shyly making Faris chuckle. He moved all her hair to one shoulder and tied the tassel at the back. He then saw the golden neclace lying on the table. He had noticed she never took it off, last night she was wearing this necklace even though she had taken off every other jewellery and makeup which made him hide a smile. He picked up the necklace from the table and tied it around her neck. She, who was continuously looking down with her chin touching her chest, looked up when she felt something cold touching her neck. Her eyes again met his and this time she didn't look down. Actually, she couldn't look down as his grey orbs held her green ones captive. Faris then took something out from his pocket and handed it to Muntaha. She looked at her hand in confusion and realised he put some money in her hand. She questioningly looked back at him who kissed her temple and said, "Apna sadqa de dena." (Give your sadqa.) Crimson tinted her cheeks as he left the room leaving his wife in a whirlwind of emotions. The air around her giggled at the mess of a girl who stared at her husband's back with haya surrounding her. ~ This is a story about an 18-year-old girl Muntaha Saleem trying to follow her dreams. She's managing her grades as a scholarship student of a prestigious medical college. She's a know-it-all with a shy but sweet personality. Throw in Faris bin Zayyad Khan, the male version of beauty with brains. He's handsome, he's smart and he knows that. What happens when the both- the alpha male and the not-so-confident wallflower- are tied together in a knot by fate? This is my first story. Give it a try! :) 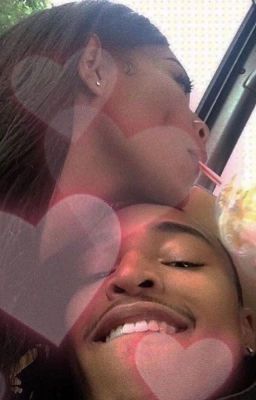 🦋❝𝐷𝑜𝑛'𝑡 𝑙𝑒𝑎𝑣𝑒 𝑚𝑒.❞🦋 A clingy teenage gang leader with separation anxiety, meets a girl who is his perfect match. What will happen between the two? 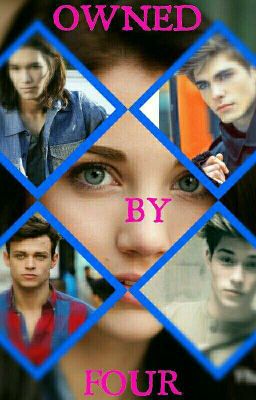 Seventeen year old Dorian Walker has always been bullied at school. Not only that, her life at home wouldn't exactly be considered as peachy either. So what happens when 4 new bad boys start coming to Decalon high and takes an interest in Dori. What do they want with her? Will they find out her secret? Will she find out theirs? Will they put an end to Dori's bullying? Will she be owned by 4? 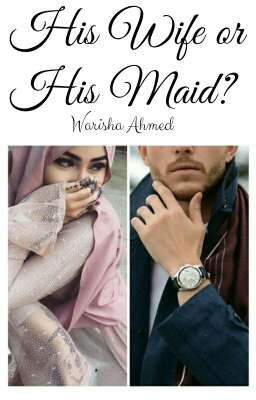 #1 in What's hot list and still counting going on. Allahamdulilah. Thank you my beautiful readers. "You're a bad omen.. If anyone see your face first in the morning then nothing good will happen like it happened with me. " His eyes blazing in anger as he spoke these words. "It wasn't my fault... It was Allah's will.. Please don't say these words I am your wife. " She was crying as she replied. He roughly caught her hair and pinned her to the wall eyes blazing in anger. "Never ever do you say that you're my wife.. Understand??" He spoke as he more gripped her shoulders forcefully as he threw her on the floor. "You filthy rag..you don't deserve me" with that he walked away. He hated her She loved him with all her heart. He treated her like a maid She did all her duties as a housewife. When he needed her she was there before he could call her. When he realised his mistake it was already too late. Cover credit goes to @_PrincessRapunzel_ 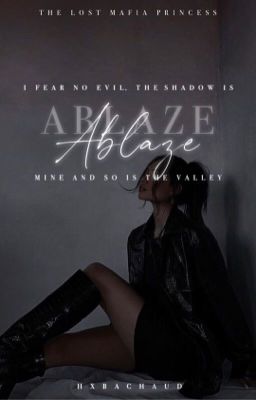 ❝ I fear no evil, the shadow is mine and so is the valley. ❞ Claudia Violetta Romani-Morello, a cold fifteen year old girl who lives, breathes, and runs off of independence, and her drive for survival, something she'd do anything for, both being the only things she's ever known. She's on the run and plans on doing whatever it takes to survive, no matter the cost, as always. A mafia don after her though, along almost everyone else in the underworld, it's definitely the worst it's ever been in her life. Claudia though, she's prepared and is ready to give whatever it takes to save herself, as always, the only person whose ever stayed. She has the one thing that can bring the entire underworld to complete and utter chaos... and she's ready to use it. To survive, she's taken the risk of going to a mafia don, Rafael Emiliano Morello, the cold man known for his ruthlessness towards anyone who even was so much as a mere inconvenience to him, and in the public eye, one of New York's young, finest bachelors. Her drive for survival had brought her to him, but she had no clue that she was running straight into the arms of her father who she never knew of, and who never knew of her either. With half of the underworld after Claudia, a new father who knows nothing about the life outside of a bachelor mafia don, and a particular boy whose caught her attention, a boy whose off-limits, will it all just help Claudia to get out of this alive, or will it be the thing to tear her down... for good. HIGHEST RANKINGS: #1 in mafiadad #1 in survival #1 in loyalty #2 in don #2 in teenager #3 in daughter #2 in father-daughter #3 in lostprincess #7 in mafiadon #9 in longlostdaughter TW: drugs, strong language, mature content, sexual assault, violence 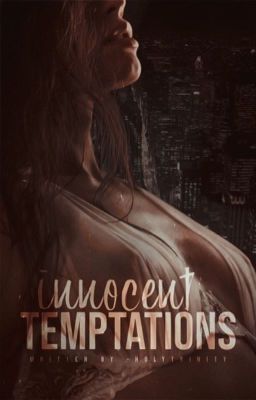 ( this book is currently being HEAVILY edited. I suggest not reading unless you are okay with slight errors.) In which a 40 year old Italian man falls into the trap of an 22 year old seductress, who babysits his children. *** Our eyes stayed on each other as I reached her, grabbing hold of her neck, gently, but with a slight amount of pressure to make my anger known. The flare of innocence she had left flashed through her golden orbs as she stared up at me, slightly confused but still confident in her rage. "You are mine." I stated, growling lowly. "Mine to touch." I reiterated my point by using my other hand to grasp the side of her hip. "Mine to kiss." My lips traced a light pattern against the bare column of her neck. The feeling of her pulse accelerating went unnoticed. I felt slightly at peace again as soon as her scent penetrated my senses. "And most definitely mine to fuck." I tightened my grip on the side of her throat and inwardly grinned in satisfaction at the shaky breath she had let out. "You hear that piccola?" I whispered, innocently nibbling on her ear. Mine. *** Cover by @flauschebaull [Warning:this story contains mature themes. If you are uncomfortable with sexual references, scenes, cursing etc. You have been warned.] (Editing) Ranked #143 in forbidden (out of 16.8k) ☆ copyright : lizaxwrites published: 30/05/2020 Finished : 03/01/2023