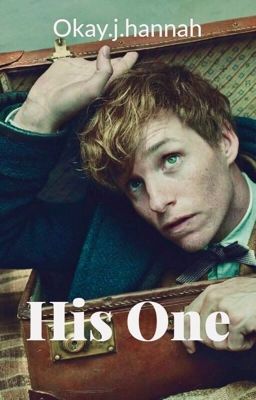 His One || Newt Scamander 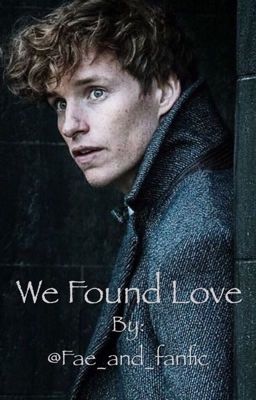 Your mother had always told you that magic was real and meant to find you again, even after she passed away. You didn't know how right she was until you met him... ~ You felt the warm sun beat down on your exposed skin and face as you stepped out of the comfort of your small, cozy apartment and back onto the somewhat crowded streets of New York. You wondered again, what you were doing here, and what kept pulling you back to this place, which lacked peace and other things that your heart longed for.... ~ [Newt x Reader] -All characters are owned by J.K Rowling, other than the ones I have created for this fanfiction- UPDATES: Completed ✅ Started: June 3rd Ended: September 14th ⚠️ Warning: Mature topics are included throughout this story! Highest rankings: 2 #newtxreader 2 #newtscamanderxreader 3 #fantasticbeasts 5 #newtscamander 2 #readerschoice 4 #fantasticbeastsandwheretofindthem 69 #bookone 523 #hufflepuff 1 #queeniegoldstein 2 #tinagoldstein 1 #FBAWTFT 81 #bookone 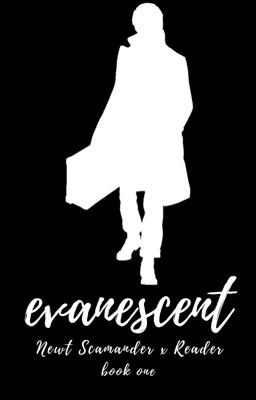 "Step into my case, I will not have you lose your memory." - Newt Scamander ends up staying longer than he planned in New York, meeting a girl he never planned on. Is he just being silly, or could this mean more? - Highest Rank: #1 in Fantastic Beasts - Note: Story was written only after the first movie came out, so events and personalities that take place in any other movies are/were unknown to the author. Take this story at face value after seeing only the first movie. 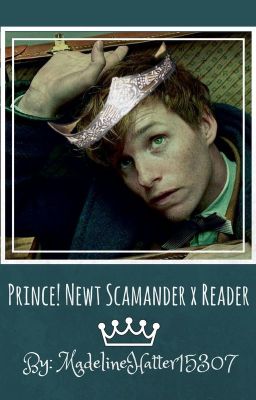 There once were two princes of a Magical Kingdom; Theseus and Newton Scamander. It was around that time of year where their father, the King, decided to throw a ball in honour of this years' Christmas. Whenever these things happened, something just wasn't right, and Newt started noticing after the first couple balls that were held around the time of his 15th birthday. It's been a about 6 years, but nothing seemed to change; all of the people would fawn over Theseus and whenever Newt would try to interact, it seemed as if he wasn't even there. ~~~ Disclaimer: Plot/Idea - Me Characters - Fantastic Beasts & Where to Find Them characters to J.K. Rowling, and the rest belong to their respectable owners *You - you belong to Newt ;)* Edit: I forgot to mention that this is a female reader, but if you ask I'm sure I could switch it to gender neutral if you'd want :D 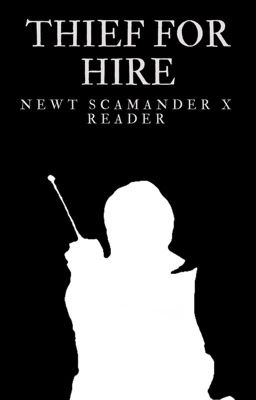 She kept running, running as fast as her legs would carry her. The man behind her was in hot pursuit, chasing her like there was no tomorrow. "Give me that case!" - She was set up to steal his case, but she ended up stealing something else instead. - Highest Rank: #2 in Newt Scamander x Reader - Note: Story was written only after the first movie came out, so events and personalities that take place in any other movies are/were unknown to the author. Take this story at face value after seeing only the first movie. 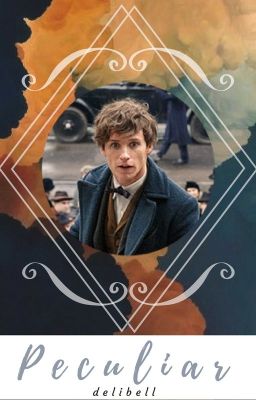 An aloof, though kind, Gryffindor Quidditch player with an attention span that of a gold fish catches the eye of one extremely shy Hufflepuff that promises her to show all of Hogwarts's magical creatures in an attempt to show off. 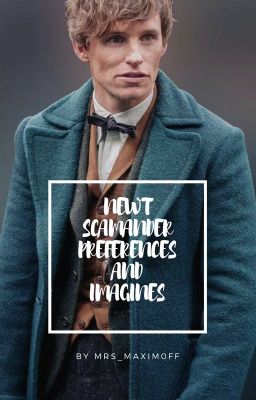 These are stories/imagines/one-shots I have came up with or that have been requested by readers, about Newt Scamander from Fantastic Beasts and Where to Find Them by J.K. Rowling. I sadly do not own Newt Scamander or any other of JKR's characters. I really hope you like them! Enjoy -Lily Best Places #1 in newtscamanderxreader #1 in fbawtft #4 in fantasticbeastsandwheretofindthem #5 in watty #7 in newtscamander #307 in fluff #289 in fantasy 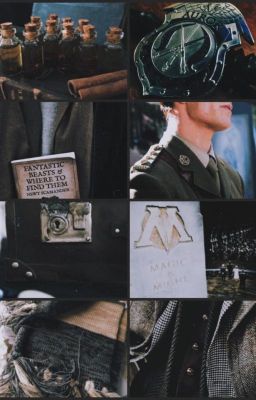 I Loved You Mr. Scamander

(Y/N) had lost the loves of her life to the same person. She wasn't mad, she was just disappointed in herself. Why couldn't she be like her...? 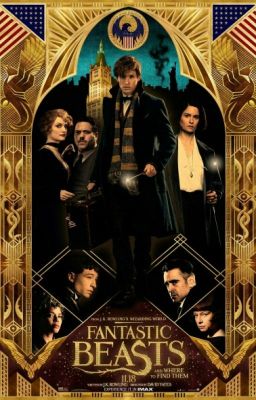 Fantastic Beasts and Where to Find Them (Newt Scamander x Female!Reader)

When Magizoologist Newt Scamander and his best friend/assistant (Y/N) (L/N) arrive in New York, they intended their stay to be just a brief stopover. However, when Newt's magical case is misplaced and some of the fantastic beasts escape, it spells trouble for everyone... 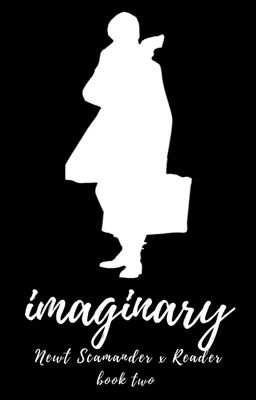 "You have no right to talk about her like that, you hear? No right." "Newt, she never never existed." - Newt wakes up in a holding cell in MACUSA headquarters, no idea why he's there. The people there only tell him one thing: the girl he keeps mentioning and asking to see never existed. - Sequel to Evanescent || Newt Scamander x Reader - Highest Rank: #5 in Fantastic Beasts - Note: Story was written only after the first movie came out, so events and personalities that take place in any other movies are/were unknown to the author. Take this story at face value after seeing only the first movie. 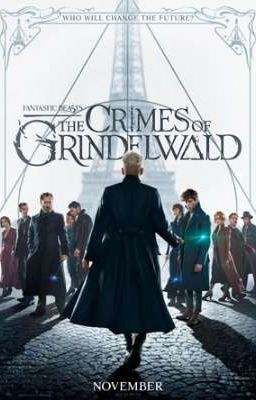 In an effort to thwart Grindelwald's plans of raising pure-blood wizards to rule over all non-magical beings, Albus Dumbledore enlists his former students Newt Scamander and (y/n) (l/n), who agrees to help, unaware of the dangers that lie ahead. Lines are drawn as love and loyalty are tested, even among the truest friends and family, in an increasingly divided wizarding world. 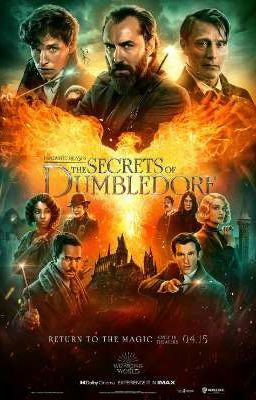 Professor Albus Dumbledore knows the powerful, dark wizard Gellert Grindelwald is moving to seize control of the wizarding world. Unable to stop him alone, he entrusts magizoologist Newt Scamander and his partner (y/n) (l/n) to lead an intrepid team of wizards and witches. They soon encounter an array of old and new beasts as they clash with Grindelwald's growing legion of followers. 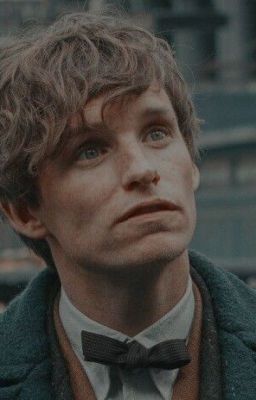 Y/N L/N and Newt Scamander were close friends during their years of Hogwarts, but then they lost contact with each other after Newt was expelled. They then meet years later, Y/N now an Auror and Newt a Magizoologist. Will they make amends and become friends again? Or will they distance themselves from each other? - DIFFERENT FROM THE STORYLINE - SPOILERS #1 in NewtScamanderxReader: 6-23-2022 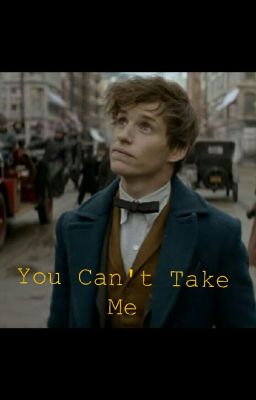 Newt goes looking for some Appaloosa Puffskeins and ends up finding something even wilder... You! 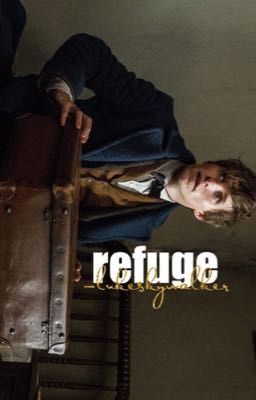