I froze. My mind went blank and my heart thundered in my chest.

My sons looked at me in alarmed, not expecting such a reaction from me. I was generally not the one to pale easily, but what else could be expected of me when he was the one on the phone.

"Maxim." I rasped, my voice unsteady.

"Francisco," I heard him take in a breath, "We have business to discuss."

Just then, the line went dead. It was a rule in the Mafias to always call and end it and wait for the call back.

"Dad, what is it?" Roman asked, alerted.

"The Russian Mafia." I shook out of my daze, sitting back to my chair and taking a deep breath to calm my nerves.

"Why are you behaving this way?" Adrian confusedly probed.

"Nothing, it's just that, the Russians generally don't tie with us. We have had a word of promise, to not meddle in each other's business."

"What do we do, dad?" Luca suddenly spoke up. I could see the gears turning in his head.

"Call back and see what's with the sudden call." Antonio replied for me. Honestly, I was too stunned to even think of anything besides the fact that I had received a call from someone -

Just then, all of the extended family entered in the office. Even the youngest were somehow interested in the business.

Astrea wasn't here and neither was Izan. I guess they were catching up on stuff. But, hell will bend over when I let my daughter alone with a boy.

"Where's Astrea?" I questioned out loud, standing up to go look for her. Suddenly a small smile crept up on all of their faces.

"She is with Izan." Armando answered. Seeing my expression, he continued, "Rocco is with them."

Nodding, I opened the door the meeting room inside my office. 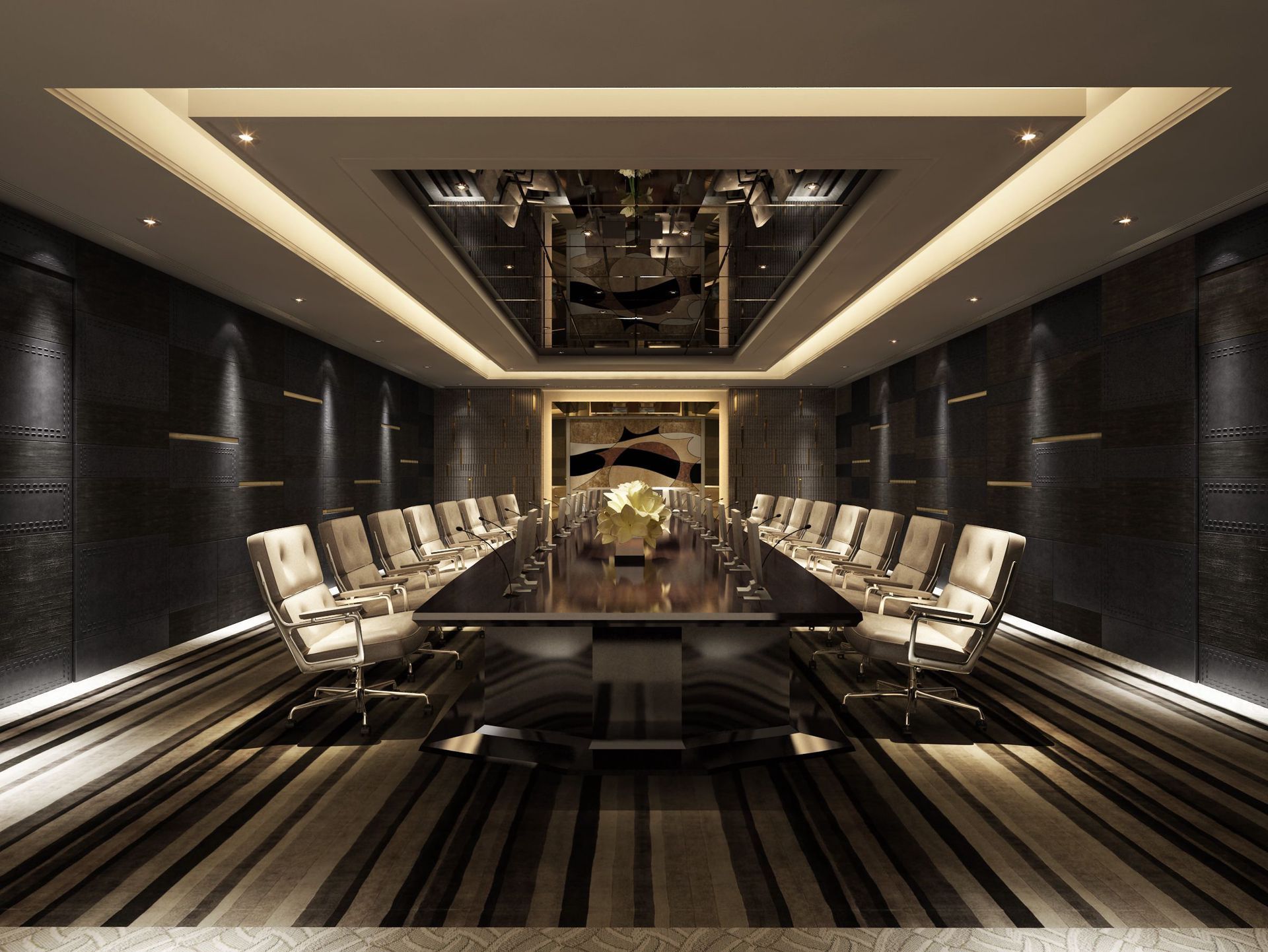 Everyone took their designated seats, with respect to their position in the mafia.

Without any further ado, I coldly spoke up, "Maxim Volkov called, the Russian Mafia."

Sarah, Augustino's wife was the first one to question, "Called back yet?" She was seated towards the front. She had more power in the mafia than Augustino or Roberto. If I were to momentarily be missing, then she would be the Leading Capo, with Armani as the Don, and hold the same power as him.

"Not yet." I answered. They nodded. I saw dad give me an odd look from my peripheral vision. I could clearly understand the expression but for the sake of myself, I did not acknowledge his look.

When everyone was quiet, I called the Russian Mafia's phone again.

After a few rings, the the line was picked up and I heard the only voice I had been avoiding since the past 25 years.

"Francisco, nice to you know you are interested." the deep voice I recognised as Maxim's spoke.

"Shall we get right into business?" I asked, feigning disinterest.

"We plan on signing a deal that would benefit both you and me." he answered. His replies were always cryptic, holding some underlying meaning.

It was never preferred to talk about business over a phone call, for the calls can be tapped. We both knew better from past experiences.

"Time." his one word was enough. I looked towards the family and without any second thoughts, I questioned, "Tonight?"

Sarah and Elena, Roberto's wife looked at me wide eyed, and so did everyone else in the room, except Dad, Mom, Augustino and Roberto who held a knowing look. I never asked for anyone's preference when it came to business, and they knew it.

"Tonight" he confirmed. "We shall be staying in our hotel nearby." he said and I cut the call. That was it. Short calls were the rule of Mafia.

My mind was haywire. I looked over to everyone, nodded and walked out of the office, leaving everyone behind.

I strolled in the garden with one thought roaming in my mind. If only things went right that night.

As everyone left to their respective rooms after greeting me with hugs and a few forehead kisses, Rocco and Izan were left behind. Izan had convinced them, for him to stay back and reconnect with me, after assurance that Rocco would stay with us. They reluctantly agreed after one look from their grandmother. Grandmothers can be scary.

I turned to face Izan only to realise that Rocco was with us and we couldn't really talk about anything in front of him.

We just talked about school for some while. I know, boring. That was enough for Rocco to stand up and go out of the family room, leaving  us behind.

We quickly went off to my room. There could be more audio and video recorders in the room so I quickly activated the device I had made earlier that blocked all the signals and temporarily disabled those potential devices.

Once I was done, I looked at Izan only to find him going through my stash of candies under the bed. What the hell! This boy never understands not to eat my candies.

"Izan!" I exclaimed exasperated with his behaviour. He looked back at me and with the little sense left in him, he dropped the candies back with only a few in his mouth and about two or three in his hands. I snatched the ones in his hands and devoured them up.

After him begging for the candies, I finally gave him a small bag of M&Ms.

We settled down on my bed and that was his cue to become the overprotective brother.

"What the hell is going on Astrea?" he worriedly questioned.

Not wanting to stir up the truth, I told him the entire story, "They are my biological family."

By the end of my rant, he was dumbfounded. His eyes were as wide as saucers.

"What now?" I repeated his question, not knowing the answer. "Honestly, I don't know."

My mood sulked and I decided upon telling him the truth, "I- Somewhere deep down, I want to know why they sold me, if they did so. And why did they keep Tiffany, and not me? Was I not good enough."

"If they sold you Astrea, I swear to god I will kill them. No matter if they are my friends or what." he mumbled with cold voice. Then he looked up at me and pulled me down to lay my head on his lap.

With a brotherly warmth in his tone, he said, "We love you a lot Astrea. Don't you ever think you weren't good enough for them. I know Santi loves you like his own sister, we all love you unconditionally. Hell, you have three mafias wrapped around your little finger." he chuckled, making me smile at his soft words. Izan was never the one to open up easily. He was even colder than Santi himself, but I knew his heart.

"You are the best sister I could ask for. You know, I had always wanted a sister. I always pleaded mom and dad to bring me a sister from somewhere. But each time, they dropped a rotten brother for me." he rolled his eyes.

"But then, when we met you for the first time, I felt protective towards you. I wanted to protect you from all the harms of the world. We hadn't even spoken a word to each other, but I could see the pain in your eyes. I couldn't bear seeing the hurt in those eyes." he muttered.

"When we spent time together, you got me out of my shell. It was you who had suffered but it was us who were feeling the pain. I knew you were the sister I always wanted. I begged mom and dad to extend their stay at your place but when they refused, I stubbornly denied going back."

I remember when we would have the most amazing movie nights. Building pillow castles and making colourful popcorn.

I remember crying at night due to the nightmares and him comforting me with Santi when I went to stay over in their house.

It was never one family that I belonged to. I had so many parents to look up to, so many brothers to be idiots with and so many grandparents to have cookies with.

I realised, even if the Ferrari's sold me, I received the best part of my life, my family, the ones who I love with my entire heart.

With the soft words Izan spoke, I was lulled to a long needed peaceful sleep with him running his fingers through my hair.

When I woke up, Izan was not there. There was a soft blanket draped on me and a note by my bedside that read- 'I am sorry Astrea. I had to leave before Rocco could find me in your room. You will find me in the family room or you could locate my room in the Wing C, second floor.'

It was already 5:00 pm. Usually at this time, most of them would be in the family room, but I assume, they were probably also sleeping since most of them were tired and said so.

I freshened up and went down to the family room, only to find Fran sitting on the table with Armani, Luca and Antonio, sipping up his evening coffee.

Maria and Tiffany entered at the same time with shiny bags of clothes and jewellery, laughing and gossiping along.

"Nice to see you're here." Fran muttered sarcastically, sipping his coffee. He hadn't seen me yet.

They finally saw me and he smiled at me, his featured visibly relaxing. Luca smiled at me and patted the chair next to him. I made my way across and sat beside him.

Antonio didn't even acknowledge me and continued typing on his laptop while discussing with Armani, who looked up and smiled at me too.

Fran cleared his throat, bringing our attention towards him.

"We have our business associates coming tonight. Be ready by 7:30 pm in formals." he announced.

"Bambina, you can take your mom's, sister's or aunts' help to dress up. Since it is a formal dinner, I expect you to be ready on time." he said to me softly. I nodded and picked up the cookie placed on the centre of the table, munching in the goodness.

I don't know what's tonight. All I can hope is that things don't get more complicated than they already are.

so, here we have another chapter.

sneak peak for the next chapter-