"heyyyyy it's me, yep i'm back from the dead." kash stuck her tongue out.

"i mean how long has it been yalll??? about a decade???? i think we've all been waiting for this moment for a while now."

"i kept y'all waiting long enough,,, soooooooo here i ammmmmm yayyy i missed y'all so much honestly." she smiled.

"bitch you did not, you was shaking yo ass on a yacht in dubai for about 5 months straight and ain't looked back since." greg rolled his eyes.

"you're a ponk, please don't speak to me." she said in a young miami voice.

"anyways y'all i really don't have the energy for a recap so i suggest you just reread the last few chapters if you forgot, by the way the christmas season is clearly over so we're back to regular chapters."

"i also think this show is going to end in the beginning of summer, so yeah just letting y'all know."

"anyways no more long talk let's get into today's episodeeeee."

"shit, i mean in life you just gotta say fuck it and go for it. you never know how much time you have left." ski rambled to leia while he layed his head on her lap and they had one of their usual late night deep talks.

this has become a routine for them over the past few months.

"i agree with you on that one." she nodded running her hands through his curly hair that had just gotten freshly washed.

they sat in a comfortable silence for about 5 minutes with low music playing from one of the speakers in the resort.

"i'm just saying you could do better." ski hummed along to Marvin's Room by drake. leia had just recently learned that this was his favorite song.

"ski you in yo feelings?" she asked making them both laugh.

"fuck you." he chuckled shifting himself on his back so that he was now looking up at her face.

"what?" she asked feeling her cheeks heat up from him staring at her. she covered her face with her two hands, getting nervous.

"nothing, nigga move yo hands." he smiled moving her hands from in front of her face.

"stoppp dude i look ugly as hell right now." she rolled her eyes. her hair was tied up in a messy ponytail, and she had on no lashes or makeup. her eyes were also low and red from their previous smoke session.

"no you don't ma, you look pretty." he licked his lips and by now you can see that her cheeks were turning bright red.

"oh my god." she mumbled slapping her hands over her face once again, embarrassed.

"yo cracker ass, look at how red you got." he laughed sitting up straight on the couch and moving her hands again.

"nigga you more lightskin than me!" she defended, knowing that it was everything but the truth.

"shut yo ass up." he playfully pushed leia away.

"no you shut yo ass up. lil ugly ass." she rolled her eyes and looking away.

"i said who ugly?" he asked again grabbing her face to look at him making her laugh.

"cause i know you see how sexy i am, tammat some ugly. now who ugly?" he asked with a straight face making her laugh harder.

"nobody ski, nobody." her laughter died down.

"oh okay." he let go of her face and she rolled her eyes again.

they both stared at eachother again before bursting out laughing.

"bra you so annoying." she laughed wiping her eyes.

"all you do is play." he stood up pulling up his sweatpants just for them to fall back down, showing his psd boxers.

"i'm hungry aleia." he stood in front of her, looking down at her as she looked up.

she would never admit it, but she loved when he called her by her full name. it sounded good coming out of his mouth.

"i got sum for you to eat." she mumbled to herself, not thinking that he would hear her.

"deadass? where it's at lemme taste it." he licked his lips playing along making her jaw drop.

she threw her head back laughing and he joined in on the laughter.

"deadass though, i'm finna order some pizza." she held her hands out for him to help her get up off of the couch.

"this was supposed to be me and my bestfriend pizza, i wanna know how all y'all hungry little fucks got our shit." ski mugged as him, leia, nia, quani, eisha, deedee, jay, draco, and lee sat around the chill area at 12 am eating pizza.

"y'all always with this shit, we just friends foreal!" leia backed up for them while eating a slice of pizza.

"see this is why." leia shook her head as everyone laughed.

"i knew they was dating, i just fucking knew it!" draco said.

"we nottt, bruh he was joking." leia said

"i was just fucking around forreal."

"yup you was fuckin around her little pwoosy cat that's what you was fockin around." eisha said.

"excuse me everyone, we have an announcement!" tj said through a speakerphone making everyone else gather in the chill area.

"nigga it's 12 am and you fucking yelling like you the leader of a cheerleading squad." lee mugged him.

"ok guys so we are here to officially announce thattt....tj, jaejae, and i have decided to be in a polyamorous relationship." kiki smiled linking arms with tj on the right side as jae jae did the same on the left side.

"........." nothing was heard but the crickets chirping as everyone's jaw dropped, including the crew members and kash.

"whatever makes y'all happy." leia scratched her head.

everyone heard a weird noise before looking back at ski who was turning red from holding in a laugh.

"let it out ski." nia shook her head and he burst out laughing.

he screamed being extra and running away making everyone else begin laughing as well.

"nah nah cause how the fuck did y'all even come up with this shit?" yanna asked.

"well they both discovered that they had feelings for me and didn't want me to have to choose between them soo yeahh." tj awkwardly scratched the back of his neck.

"my mama always told me that if i don't have anything nice to say, i shouldn't say anything at all." lee said before walking away

"what a lovely surprise." - kash

"bae stop being weird bruh." deedee smacked his lips dragging her up to their room.

"yea i think imma call it a night." ski walked off somewhere.

shortly after everyone went back to the room to prepare for bed....welll.... not everyone.

leia went into the bedroom seeing that her bed was empty, and usually, ski would be there sprawled out and asleep like it was his bed, waiting for her to lay next to him, but he wasn't there tonight.

she looked over at his bed and saw that it was empty as well. "that's weird" she thought before going back downstairs to look for him.

she walked into the master bedroom and found him laying shirtless on the bed, on his back, with his hand over his eyes and his other hand in his pants.

she turned the lights off before walking over to the bed. "ski..ski" she shook him making him groan. "wassup ma." he asked in a deep sleepy voice with his eyes still shut.

"how come you wasn't in my bed tonight?" she asked taking a seat at the edge of the bed before realizing something.

"oh my god, don't tell me i'm getting attached to his company" she thought.

"come here." he pulled her to lay next to him and turned on his side to face her.

"you was missing me sleeping next to you huh." he said biting his bottom lip.

"no not really." she lied as she felt her body start heating up just by hearing his sleepy voice.

"quit capping." he flicked her lip making her pinch his nipple.

"i still wanna know why you deciding to sleep down here."

"you want me to tell the truth?" he asked and she nodded.

"well no shit sherlock." she said in a duhh tone.

"i never said i did self gratification. my lil nigga was just woke and i didn't wanna sleep next to you in that state." he said and she laughed harder.

"you slow as hell." she said messing with the gold chain around his neck, something she always did.

"girl i'm tired as hell, and you den woke me up for no fuckin reason." he closed his eyes preparing to fall back asleep.

"so you was just gon leave me in my bed all by myself tonight?" she held her chest acting hurt.

"nah, i knew you was gon come down here to stay with me anyway." he mumbled snaking his arm around her waist and pulling her closer to him.

"mmhm." she stared at him and he opened his eyes staring back at her.

"fuck you looking at?" he asked rolling over on top of her and moving her legs so that they wrapped around his torso.

"you needa watch yo mouth speaking to me lil boy." she rolled her eyes.

"shut up." he moved around getting comfortable. "aleia." he called out, and his voice against her chest made her body vibrate.

"camiri." she called back. "talk to me and play with my hair so i can fall back asleep." he said putting his hand up her tank top and resting it on the side of her stomach.

she talked to him about random things for a while before feeling his breathing get a little heavier, indicating that he was very close to sleep.

"ski." she called his name, massaging his scalp with her gentle fingertips.

"yes princess." he said in a raspy voice and she instantly felt like someone poured a bottle of water on her coochie.

it was always something about his nicknames for her that had her feeling good in all the right places.

"leia?" he asked after she went silent.

"my fault, uhh you sleep yet?" she asked.

"night mama." he said, leaning up and kissing her cheek, before they both ended up falling asleep. 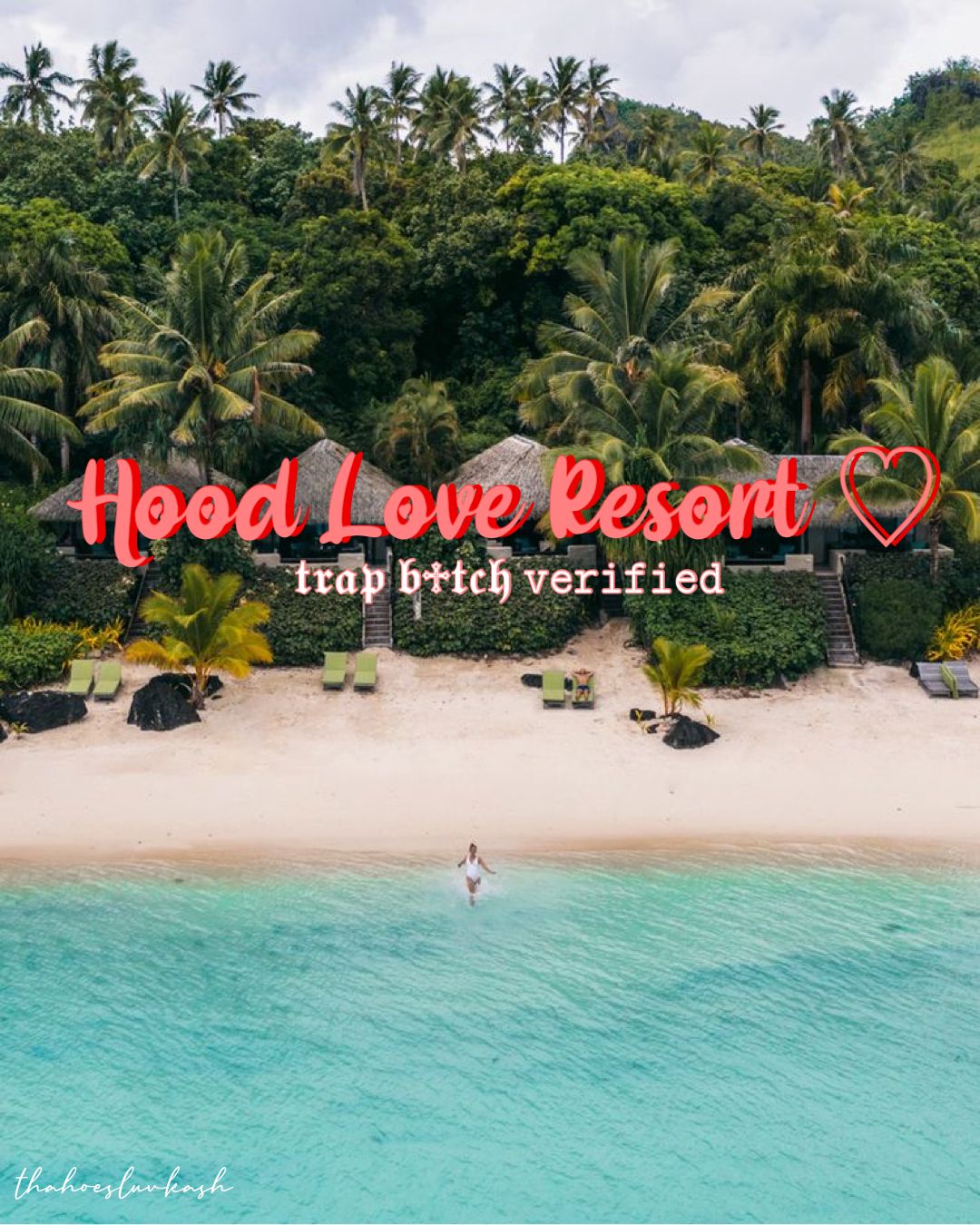 but anyways how was the little filler chapterrrrrr