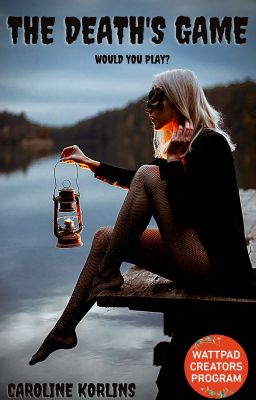 Striking a deal with Death can have dangerous effect - especially when you end up in a love triangle with one of its reapers, while fighting for your life in a deadly underworld competition. *** Percy Spring has always been able to see the darker side of the world - ever since the car accident that almost claimed her life, she has gained the ability to see demons and Death's reapers. But when Death itself offers her a second chance at life, she knows she can't pass it up. In order to save her friends, Percy agrees to enter The Game - a deadly competition in the underworld where no one is as they seem. As Percy navigates the dangerous world of The Game, she realizes that she has been placed in competition with one of Death's reapers, Ryder, with whom she has a complicated past. To make matters even more complicated, she is also competing against Death's jealous mistress. When the other players start to die, Percy must decide who she can trust in order to emerge victorious. As she struggles to outwit Death and save her friends, Percy must also confront her own feelings and decide where her loyalties lie. Can she trust Ryder, the reaper with whom she shares a tumultuous history, or Blake, the mysterious man who promised to help her save her friends? And can Percy truly trust either of them? Striking a deal with Death has never been more dangerous, and the consequences of Percy's choices will have a lasting impact on her future. Will she come out on top, or will she be caught in Death's deadly game forever? *** "Percy Spring, you are offered a second chance." "A second chance," she repeated. "This mean I will come back to life?" "The game of second chance was created for people whose fate is in doubt of whether their time has come or not. It is also for those who wish to go out on a limb and try their luck in winning with me," Death started explaining. "You will be put in the game, and we will play." 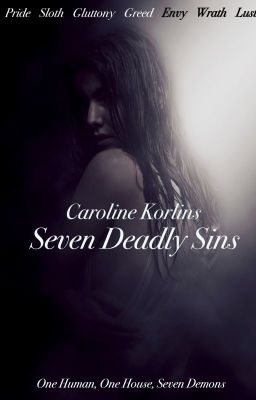 7 deadly demons and a freshman college girl. Surprisingly, they will become more attached to each other, than anyone could have predicted. *** Running away from her sorrowful past, Hailie decides to start college and moves into a new house on the suburbs. From the beginning everything seems quite strange. The neighbors stay away from her and a local handsome policeman knocks on her door with a warning. Little did she know the house is haunted by 7 demons, each corresponding to a deadly sin. Seeing her as devastated and tormented as she is, they make a baffling decision to help Hailie get back on her feet. But demons have an unusual and fearsome way of helping... ✨ 1st place in The Frosty Awards, category horror/mystery ✨ ✨ 1st place in The Golden Writer Awards, category paranormal ✨